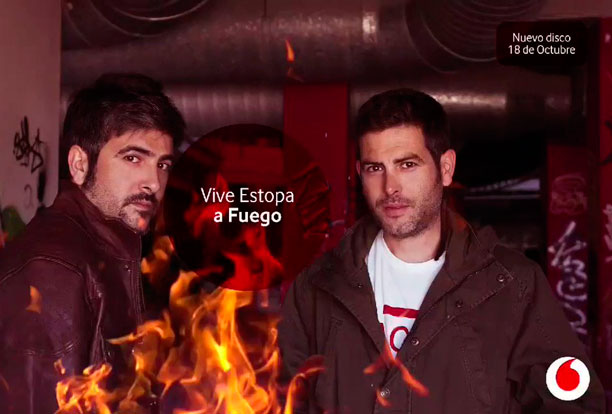 Much more than just meeting your idols.

As part of the musical events organised by Vodafone yu for its younger audience, we created an authentic experience, taking the well-known Meet & Greet even further.

The winners of a competition spent a day immersed in the world of Estopa. They were picked up at the airport and train station. Taken to a ‘rocking’ hotel where they found a personal message from the band.

Later, we took them to the concert venue in a party limousine. And there, a party with the band’s entire universe broke out. Needless to say, they had front-row seats to the show.